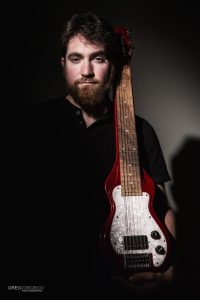 Velocihamster is the brainchild of Midwest musician/producer Sean Williamson. Lap steel guitar has been forever etched into the carvings of traditional Hawaiian & country music since its creation; however, Velocihamster hopes to ‘shred’ new light on its perception & reality.

Dubbed the ‘world’s only lap steel metal band,’ Velocihamster showcases the outer limits of the steel guitar soundscape & hopes to inspire new reaches of the instrument in the wars to come.